Boston is a great city to visit and everyone should definitely make the trip. In fact, you will probably want to make multiple trips as there is so much to do and see. This city is a vital one and it has played a large part in American history. With so much history and great attractions, Boston is a popular town.

Boston is one of the oldest and original colonies of the United States. It was founded by the Puritans who were fleeing England for religious reasons. As it grew and developed. Boston continued to play a huge role in the shaping of America.

This city was a key center for many important events of the American Revolution; the Boston Massacre, the Boston Tea Party and the Battle of Bunker Hill all took place in the city of Boston. Because of its port location, Boston Harbor has been an important site. It is still important today.

The city of Boston is noted for its many firsts. The Boston Commons became the first American public park in 1634. In 1635 the first public school was opened, Boston Latin School. The first subway train was in Boston; the Tremont Street Subway in 1897. 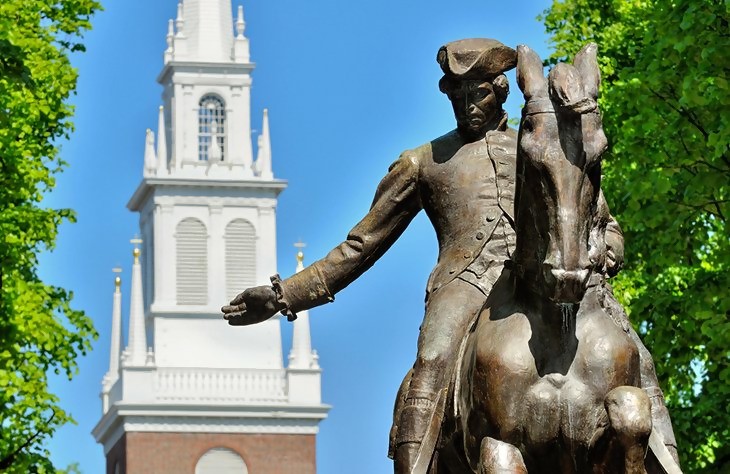 Boston is still a thriving and growing city. It is home to many colleges and universities. These schools are internationally known for science, medicine, law, engineering and business. The city is home to many art venues and museums and has a very healthy business sector as well. Many people call Boston home today, but is there a spooky past to Boston? Yes. In fact, there are many paranormal activities and spirits that haunt Boston. Let’s take a look at one of them.

George Island played a pivotal role in many battles over the years. The Island is located at the entrance to Boston Harbor, so it is in a key location. In the 1840s Fort Warren began to be constructed and it was completed in 1850. The Fort was designed in a pentagon shape and contained barracks, ammunition storage, hospital, kitchen, jail and had a battery of artillery that faced the sea.

The jail on the island was used to house Confederate soldiers as well as citizens who sympathized with them. This was especially unbearable to southern soldiers because the winters were harsh and they were not used to the cold, wind and snow.

Who is the Lady in Black?

The Lady in Black is the most notable ghost to haunt George’s Island. Her story is unique and colorful. She is said to be Mrs. Andrew Lanier. She was the wife of a Confederate soldier that was imprisoned there in 1861. According to local history, Mrs. Lanier received a letter informing her that her husband was imprisoned at Fort Warren. Distraught over his imprisonment, she set out to free him. Mrs. Lanier had to travel from Georgia to Massachusetts. She stopped in Hull, MA and stayed with a Confederate sympathizer. Hull is located a mile from George’s Island. It is said that she watched the Island and made notes. Finally, on a stormy night in January, Mrs. Lanier rowed to the island in an attempt to free her husband. In preparation for the feat, she cut her hair and dressed in men’s clothes. She carried a pistol and a pick-ax.

Once she located the jail cells, she found her husband by whistling a southern tune. Mrs. Lanier squeezed herself through the slits of the jail window and was hidden by the Confederate soldiers there.

The soldiers used her pick-ax to tunnel out of the jail. This, however, took them several weeks to finish. Unfortunately, on the final night of digging, the guards heard the digging and the alarm was raised. When the guards removed the Confederate soldiers from the tunnel, Mrs. Lanier was able to surprise the guards. She took out her pistol to shoot the guards. Unfortunately for her, as the guard slapped the pistol out of her hand, it went off and the shot killed her husband instead.

Despite this tragic turn of events, Mrs. Lanier was condemned to death by hanging. She asked that she be given female clothes to wear as her final request. Sadly, there were no female clothes on the island, but the search did turn up some black robes. She was hanged and buried in these black robes.

Sightings of the Lady in Black

It did not take long for Mrs. Lanier to start haunting George’s Island. It is said that within the first few weeks after her hanging she made her presence known. The first account of her appearing was told by a guard shortly after she died.  He felt cold hands on the back of his neck. When he turned around, he saw a woman in a black dress.

As time went on, her ghost became more evil. It has been reported that the Lady in Black was often seen standing at the fort’s ramparts. She has been said to even smile at the soldiers Her ghost has also been known to chase soldiers too. In the 1900s a soldier actually fell and broke his ankle in an attempt to run away from her. 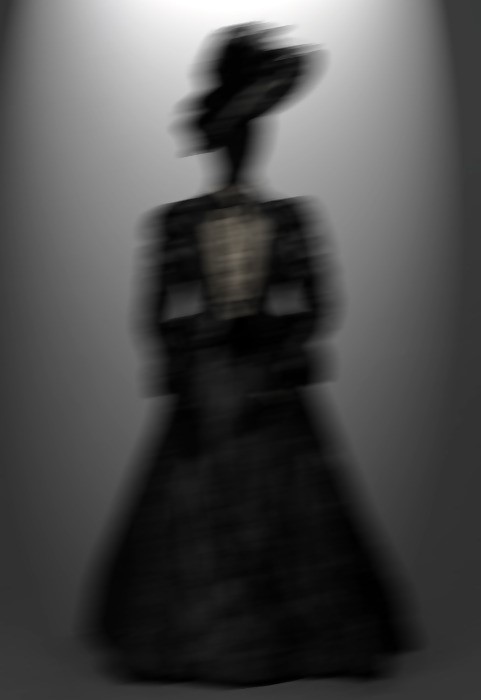 George’s Island is a National Historic Landmark and is open to visitors. If you are visiting Boston, it should be on your list of places to see. Be sure to check into the Visitor Center when you get to the Island. You can choose from a self-guided tour or a ranger guided tour. These tours allow you to explore Fort Warren. There is also a museum and other exhibits that have to do with the history of the Island and the Fort.

The Daughters of The Confederacy did erect a memorial in honor of the Confederate soldiers who were imprisoned at the Fort and/or have passed away on the Island. In 2017 though, this memorial was removed. While George’s Island is not as well known as other landmarks from the Revolutionary War, it does deserve recognition. The city of Boston was instrumental in helping the Union win the Civil War, and George’s Island should be mentioned.

As you explore the Island, you will find that you can actually climb on parts of the fort, go into the Lookout Tower and spend time on the green area that was the Parade Ground for the troops. It is very easy to take a ferry and head over to George’s Island and explore the Fort.

Since Boston is a huge attraction for tourists, make sure you add George’s Island and the Lady in Black to your itinerary.

Boston continues to be a major US city. It has a vast and colorful history. Boston was the site of the Puritans landing when fleeing religious persecution in England. It is also home to many crucial events in history.

Many people head to Boston year-round. It is a great city to visit. You can visit the many museums and shops. There are many universities to see and cultural events that take place. Boston history goes back to the 1600s and its location on the ocean front adds to its charm.

If you happen to visit Boston during October, you will not be disappointed. There are many ghost tours that you can take and haunted sites that you can visit. Be sure to check local guides and the visitor center for information. You may want to get your chills on by visiting George’s Island. If you are lucky, you may catch a glimpse of the Island’s Lady in Black, Mrs. Lanier. Her ghost is said to tragically haunt and guard the fort and George’s Island.

There is much to recommend Boston as a must-see city. Spend a weekend there in October and you won’t be sorry.