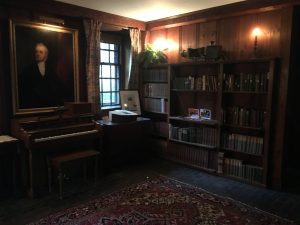 Boston, Massachusetts is clearly one of the more important cities in American history. It is where great and brave patriots met, hammered out ideas, and planned rebellion. Countless historical names called Boston home and many battles were fought in and around Boston in a bid to gain freedom from the British.

It is helpful to remember that in places where tragedies occur, it’s not uncommon for restless souls to haunt the land for years to come. A lot of times these places are haunted not just because someone died there, but more often because of the manner in which they died there as well. It might be chilling to think about these circumstances, but when you consider all the other hardships that people had to suffer through in years past, it is pretty safe to assume that the spirits that were taken from this world before they were ready, were not very happy about it.

With so many famous and noteworthy places in Boston, it can be hard to pick a starting point when touring the area. Let’s start with the Hooper-Lee-Nichols House.

The History of the Hooper-Lee-Nichols House

The Hooper-Lee-Nichols House is a great example of a historic Colonial American house located outside of Boston in Cambridge, Massachusetts. The famous home was initially constructed in 1685 and it has been enlarged and remodeled many times over the years. The Hooper-Lee-Nichols House is located at 159 Brattle Street in Cambridge. This house has the distinction of being the second oldest house in the city, after the Cooper-Frost-Austin House.  These days, the house is now used as the headquarters for the Cambridge Historical Society, which provides tours to visitors several times a week.

The house was originally built in 1685 by Dr. Richard Hooper. The house was designed as a typical First Period farmhouse, although its ceilings were plastered. This was an unusual feature for a modest house at the time.  When Hooper passed away in 1691, his wife took in boarders. Over time, the property began to fall into disrepair. Hooper’s wife passed away in 1701, and the house continued its decline until 1716. At this time the house was claimed by Hooper’s son, Dr. Henry Hooper, who quickly discharged the debts on his mother’s estate. He was then able to purchase a second house. He had that house disassembled, had it moved to the site, and then reassembled. This move effectively doubled the size of the house. Hooper’s son also added on to the home a lean-to and he rebuilt the chimney with the addition of cooking ovens. In 1733, he sold the house to Cornelius Waldo, who added a third story and began the process of converting the house to a Georgian style. 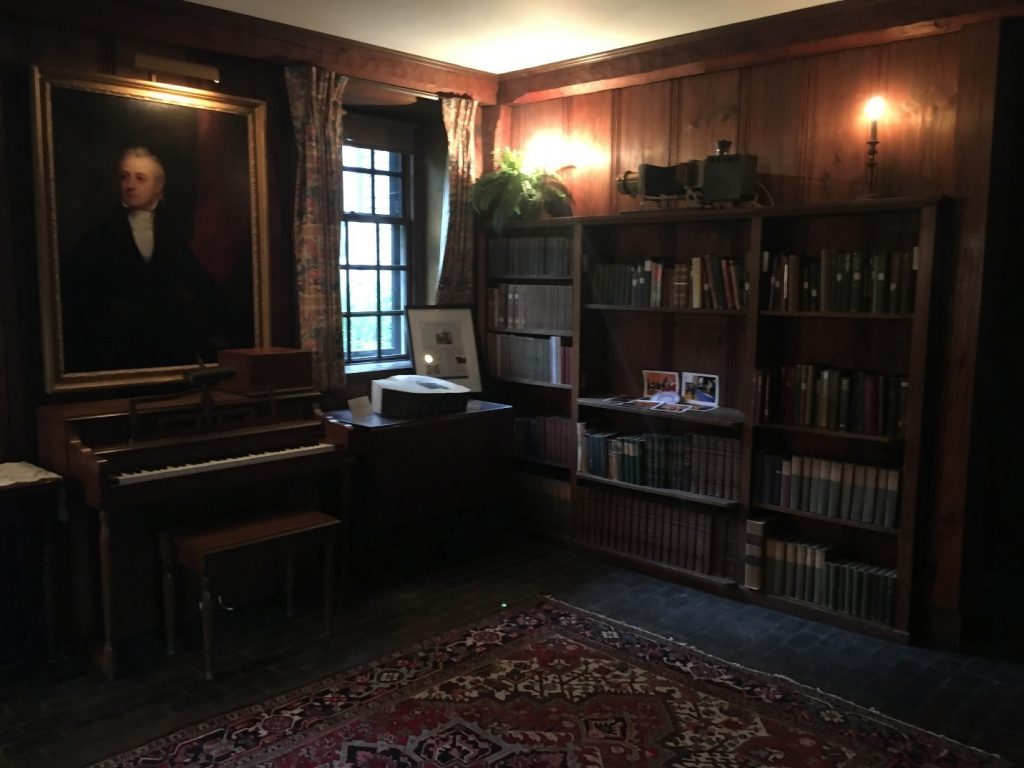 In 1758, Judge Joseph Lee purchased the house. His contributions included adding the enclosed entry porch and applying stucco to the west wall. Lee, however, was a Loyalist and he vacated his house during the first days of the American Revolution. He would return to his home 1777.

In 1850, George and Susan Nichols started renting out the house and eventually, they began to renovate it. They were responsible for enlarging the rear of the home and they installed the roof balustrade, which contained balusters that were once part of the chancel of Saint Paul’s Cathedral in Boston. In 1916, Austin White, a relative of the Nichols’s began his renovations on the home. He removed the two-story rear of the house and rebuilt it to a full three stories. Finally, in 1923, Frances Emerson was given the house by her father as a Christmas present. Her husband was for many years Dean of Architecture at MIT. She eventually deeded the house to the Cambridge Historical Society, which came into possession of it in 1957. In the early 1980s, the Society made extensive restorations and stabilization of the structure. Additional major renovation work was performed in 2013.

The house was finally listed on the National Register of Historic Places in 1979.

Is the Hooper-Lee-Nichols House Haunted?

Who Else Could Be Responsible for Haunting the Hooper-Lee-Nichols House?

In addition to the five British soldiers thought to be playing cards at the house, there is another ghostly possibility. Hooper’s wife is also a possibility to still be lingering around the homestead. When Hooper died, his wife was left with the house that quickly fell into financial trouble. She did her best to climb out of the mess. In fact, she even applied for a liquor license in 1692. She was taking in borders already and was hoping to increase her financial resources. Sadly, the house continued to spiral into disrepair.

Unfortunately, Hooper’s wife died in the home, although nobody knows exactly how or why. Eventually, her body would be found, wrapped in a sheet.

From 1701-1716, not much is known about the Hooper-Lee-Nichols house with regards to the inhabitants. Nobody knows what exactly was going on there, and nobody really knows what happened to those living there. It is a very real possibility that there are some poor lingering souls that are consigned to walk the Earth for all eternity. 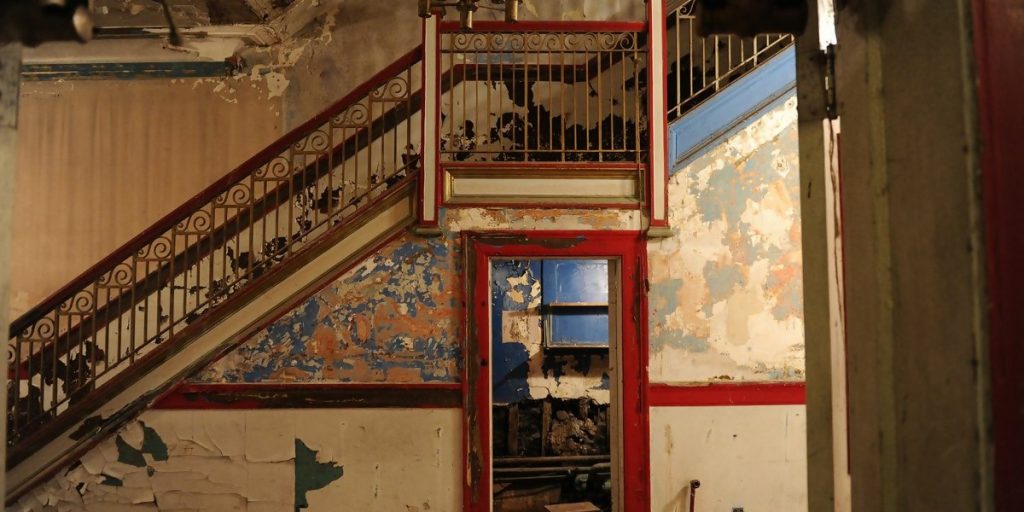 The Nichols family was originally very happy to rent out the home in the 1850s. They spent time and money renovating the house and updating it. Sadly, misfortune would strike the family during the Fourth of July.

One of the Nichols daughters had married a Civil War officer. During a Fourth of July celebration, one of their children accidentally stepped on some fireworks. This tragic accident caused great physical harm to the young girl. She, unfortunately, developed an infection from which she never recovered. The daughter tragically died at the Hooper-Lee-Nichols house. Today, there are those who feel the house is haunted by both the young daughter who died and possibly her mother too. There was definitely an air of sadness and weeping can sometimes be heard.

Boston and the surrounding area have played crucial roles in the development of America. These cities saw many influential historical figures pass through, make homes, and sometimes suffer tragedies.

The Hooper-Lee-Nichols house is a prime example of a home that witnessed many tragedies throughout the years and over generations. The home is the only witness to the mysterious and untimely death of Mrs. Hooper, who was found wrapped in sheets. It is also home to five British soldiers playing cards, although nobody knows why they are there. It is also the sight of the tragic death of one of the granddaughters of the Nichols family.

Massachusetts is always a great state to visit. Plan a trip and be sure to include a stop at the Hooper-Lee-Nichols house to see if you too will experience any of these ghostly experiences. Be sure to keep your eyes open in order to spot the five British soldiers playing cards and keep your ears open to hearing the weeping of the Nichols family.