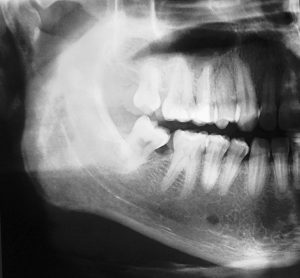 The Parkman-Webster Murder: A Case for Forensic Evidence

Early autumn in 1849, Boston. It was November when high-status businessman George Parkman disappeared, later to be found dismembered and partially burned in the laboratory of John Webster, a lecturer at Harvard Medical College. Webster would later be convicted of Parkman’s murder and hanged. The Parkman-Webster Murder was highly publicized, sensationalized, and paved the way for modern forensic investigation… but what story lies behind such a gruesome tale?

Firstly, we wanted to introduce you to the players of this tragedy… two men, one in a position of power and wealth, the second owed a debt of over 66 thousand dollars to the other.

Born on February 19th, 1790, George Parkman was part of one of Boston’s most affluent families. Deserving of his continued wealth, Parkman was known to be thrifty and looked for ways to save his money. A friend of George, Oliver Holmes Sr. stated that George “abstained while others indulged, he walked while others rode, he worked while others slept.” George’s net-worth would have been equal to 10 million dollars today. He owned real estate, collected rents by walking his neighborhoods, and was a well-known figure in the streets of early 18th century Boston.

A brilliant lecturer at Harvard Medical School, John Webster was born May 20th, 1793, and was described as pleasant, yet very nervous and excitable. Webster’s classroom discoveries led to some of the latest scientific discoveries at the time. His lectures involved a lot of pyrotechnics, he was a fan of fireworks, and the Harvard President even warned that some of his stunts were rather dangerous. Webster was filled to the brim with intellectual wealth, but not monetary wealth. He had major financial problems, and he and his family had been forced to give up a mansion he had built in Cambridge years before. Although he was in debt to several of his friends, he lived in a decent home, and his salary never covered his expenses.

In 1842, John Webster borrowed $400 from George Parkman. Today this would be equivalent to just over $10,000. When 1847 came along, little of this debt was repaid. Webster gathered collateral for Parkman, a cabinet of rare minerals, worth over $2,000 (or $66,000 today) to cover his unpaid balance and a further loan needed. A year later, in 1848, he borrowed more money from an associate named Robert Shaw, and used the same minerals as collateral, even though they were already promised to Parkman for his loan. George heard of this and was utterly enraged. He sought out Webster to confront him. On November 22nd, 1849, just before Thanksgiving, George Parkman set off to Cambridge to look for Webster, where he encountered a Mr. Pettee, Harvard’s cashier, and demanded that he give him the money from sales of Webster’s lectures to repay his debt. That same day, Webster visited Parkman’s home and suggested they meet at the Medical College later that day around 1:30 p.m. George Parkman was last seen around 1:45, entering the college campus on North Grove Street.

John Webster was home by 6 p.m. and even attended a party at his friend’s The Treadwells home. According to guests, he showed no outward signs of distress or nervousness. By November 24th, the Parkman family grew increasingly worried, as they hadn’t seen their patriarch in a couple of days. They eventually contacted the police. When police were looking for leads, Webster played it cool, making sure to mention that he had paid off his debt to Parkman, and even suggested they get it recorded by the city clerk to clear his name.

Late November arrives and a $3,000 reward was settled to find George Parkman alive, 28,000 copies of a missing persons poster were plastered all around Boston and the surrounding areas, and they had even offered $1,000 to anyone who could return the body of George. The city was absolutely bussing. Fueled by media speculation, hundreds of explanations were given in periodicals. First, Irish immigrants were to blame; then news broke that Parkman had simply left his family and the city. Some believed that he had been beaten up and left for dead for the money he always carried with him. Search parties were formed and trawled the rivers and forests looking for his body. Around this time, people took notice that Webster had begun to behave oddly. Suspicions started to arise when John Webster asked Ephraim Littlefield, a Harvard janitor, if he had seen Parkman on the day of his disappearance. When Littlefield said that he had, around 1:30 that Friday afternoon, Webster struck his cane to the ground forcefully and asked if he had seen him inside the building. Littlefield replied that he hadn’t, and Webster yet again made it a point to repeat that he had paid off his debts to Parkman. Later, Littlefield remembered that Webster had questioned him about the dissecting vault and had even given him a Thanksgiving turkey. Ephraim Littlefield would soon carry out an investigation all his own.

On November 28th, Webster arrived at the college early and was in his classroom when Littlefield was watching him from underneath the door. Only able to see to his knees, he recounted what he witnessed. Webster moved back and forth throughout the room a total of eight times, from the furnace to the fuel closet and back. Later that day, his furnace was burning so hard that the heat could be felt through the other side of the wall. When Webster was gone, Littlefield had let himself in through an open window as all doors to the room has been bolted shut. He found nearly empty kindling barrels and wet spots on the floor. By November 30th, Littlefield has chiseled his way into Webster’s private lab privy, one which police had not searched, working tirelessly to clear his name, as he had started to become a person of interest as well. He managed to get a hole formed, looked in, let his eyes adjust to the dark, and saw something horrible. A human pelvis was poking out of the dirt, and a dismembered thigh and lower leg were adjacent.

Littlefield went straight to investigators, and the bones were removed from the small room and given to the coroner Jabez Pratt for identification. Investigators dispatched two officers to take Webster from his home, and when he was told what Littlefield had found, he immediately tried to place the blame on Ephraim. He was put into a cell where he was found sweating and trembling. He even tried to poison himself with strychnine in his cell but only became nauseous. What innocent man poisons himself when he is accused of murder?

Meanwhile, investigators were searching for the rest of this body. Littlefield mentioned he had found a bone fragment in Webster’s furnace, and a full search was conducted. A sink was examined, there were strange acid stains on the floor, and the contents of the furnace were looked over, leading to the discovery of a button, some coins, and even a jaw bone with teeth.

A large chest was later dumped, and there they found an armless, headless, partially burned torso. The head had been sawn off, a thigh had been stuffed inside of the torso, and the heart and other internal organs were missing. Mrs. Parkman later identified the body as her husband George, based on birthmarks. Further searches found bloody clothing of Parkman’s, as well as some internal organs.

Many friends of Webster were reluctant to believe that he could commit such horrendous acts against another man. They began to blame the janitor, who they said was a bad man and was greedy for the reward money. They believed that he had killed him himself and framed Webster for the murder. On December 6th, thousands of people lined the streets for George Parkman’s funeral.

The Trial of the Century

On January 26th, Webster was indicted for murder. He handed his attorneys his 194-page defense and sat quietly. Neither attorney discussed the claim Webster had made that Littlefield had framed him, stating that the janitor lived near the lab, allowing him to plant body parts and collect the reward. On the first day, Webster pleads not guilty. Evidence was provided from both sides, stating that dental records proved that the body was that of George Parkman. Long story short, Webster was found guilty and sentenced to be hanged. A courtroom writer wrote of the verdict, “The prisoner, who upon the sentence of the jury had turned deadly pale, but who had stood up with a firm bearing to receive the verdict of the jury, immediately upon its announcement, grasped the rail in front of him, and slowly sank down into his seat. Dropping his head, he rubbed his eyes beneath his spectacles with a trembling and convulsed motion as if to wipe away tears, and remained in that position a few moments.”

Even after the verdict, people remained split on who had murdered Parkman. Littlefield or Webster. Both men had access to the furnace and rooms, but the prosecution had argued that the murderer would have had to be skilled in dissection, a skill in which Littlefield was ignorant. But later, when Webster’s death warrant was officiated, he admitted to the murder, writing a confession. He stated that he had killed Parkman in self-defense after a confrontation about debts had become violent. He stated that it was an act of unrelenting rage, not a preplanned murder.

The case had a lasting impact, as it was the first of its kind in the United States where dental evidence was accepted in a murder trial. Today, the townhouse of George Parkman can be visited, located at 8 Walnut Street in Boston. The stately mansion serves as the home of the mayor but is rarely stayed in. Many Bostonians believe that Parkman’s spirit still haunts his old house at 8 Walnut Street. Mysterious sounds and apparitions have been reported inside and out. Even a toilet flooded on its own, leading some to believe the former owner was trying to destroy the property. Paranormal enthusiasts believe that Parkman is in a state of unrest because, in fact, Littlefield was the one responsible for his murder. Perhaps Parkman’s soul wanders because of the way his corpse was treated. Regardless, the feelings inside the townhouse on Walnut are unexplained.